When Recycle Inc. had the opportunity to design a new container processing plant from the ground up, an automated conveyor system was high on the list of priorities. Company managers wanted to replace a largely manual handling operation with a conveyor-based automated approach that would be both more efficient and safer.

“Our incoming raw materials are the containers themselves. These containers — especially the larger ones — tend to be unwieldy, and some of them are fairly heavy. In the past, we handled the containers manually at several points during processing. Given our throughput requirements, we had the potential for accidents, and our approach wasn’t very efficient. As the demand for our services escalated, we knew that we needed to come up with a completely new way of handling containers — one that would take advantage of the benefits offered by automation.”

Working closely with the project team, representatives from Century Conveyor, from Hytrol, and a nearby automation firm designed a conveyor system that combines powered conveyors with smart sensors and custom software. At every decision point in the system, sensors supply feedback to the control program on the movement of individual containers, on the performance of the conveyors, and even on the maintenance requirements of the sensors themselves.

At the company’s old processing facility, employees manually handled much of the incoming containers. The plant did have a conveyor system in place, but it was a single straight-line design that simply transported the containers from one workstation to the next. The old conveyor system did not include any powered transfers or spurs.

The design of the new conveyor system at the South Plainfield warehouse greatly reduces the amount of manual handling by relying on automated conveyors to move the containers.

Incoming containers are transferred from trucks to one of four takeaway conveyor lines. Based on their composition, disposition, and whether they will be prepared for reuse, the containers are carried by the conveyors to several possible destinations. 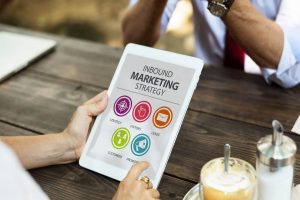